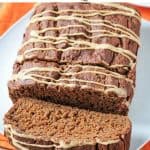 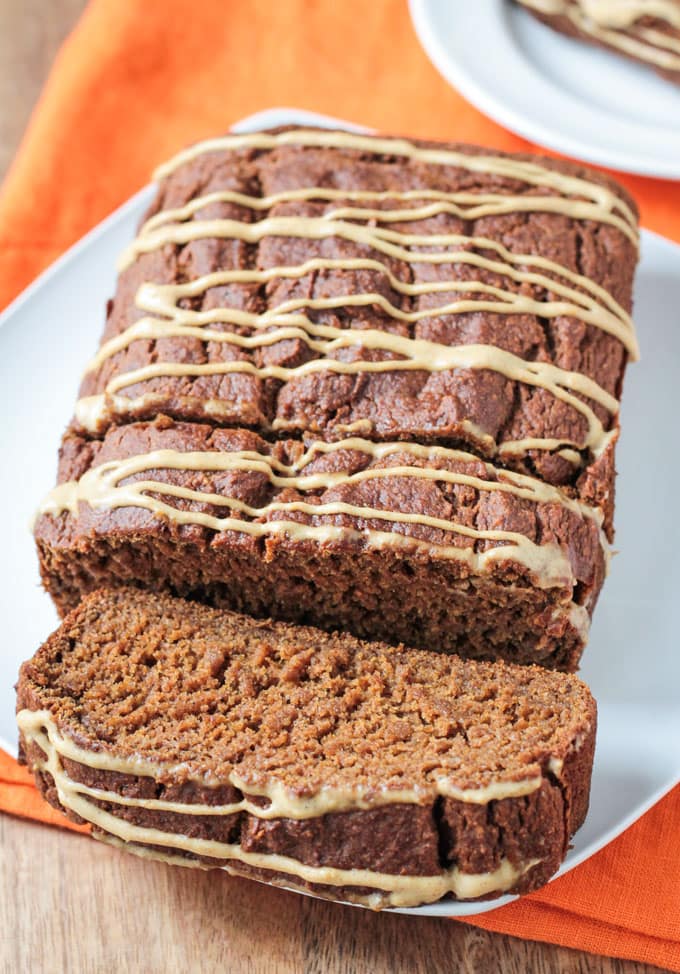 Autumn – it’s the season of pumpkin.

But what about another delicious winter squash variety that just happens to be a favorite of mine? Butternut Squash!

I use this creamy colored squash with orange flesh to make our favorite Butternut Squash Mac and Cheese and now I’m using it to make this soft and delicious Cinnamon Squash Bread. 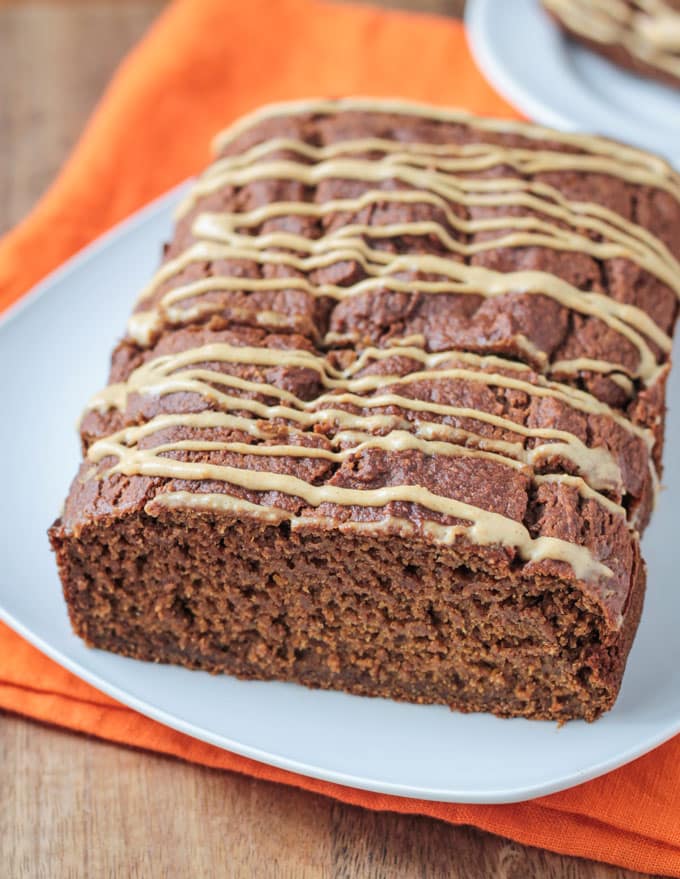 I love making quick breads. They are so easy and, well, quick. 🙂

They serve us just as well at breakfast time as they do snack time or dessert.

Quick breads are an easy place to sneak in healthy fruits and veggies, too. We could all likely use a little more of those!

Butternut squash, along with all winter squash, is high in vitamin A, vitamin C, fiber, several B vitamins, folate, and vitamin K. It even has some healthy omega-3 fats.

Aquafaba as an Egg Replacer

I made this cinnamon quick bread no less than four times, which seems to be turning into a habit with baked goods around here.

Getting the consistency right in plant based baked treats is sometimes tricky, but I’m finding more and more that aquafaba is the answer!

I used this chickpea brine in my Healthy Peanut Butter Banana Bread with Chocolate Chips and it came out so light and fluffy. It didn’t disappoint me here either!! Believe me, I tried a few different egg replacers and nothing worked as well as this!

Icing Made From Squash!

The soft, fluffy, fall flavored squash bread itself wasn’t enough for me this time around, it was screaming out for a fall inspired topping of some sort.

I roasted an entire butternut squash (in cubes) before making this and since I only needed 1 ½ cups squash puree for the bread, I had some leftover. I decided to use it to create an icing!

Oh boy, did this Cinnamon Squash Icing turn out yummy!

The base of the icing is made from raw cashews which makes it super creamy. (I also use cashews as a base in my Creamy Sesame Soy Asian Dressing and my Creamy Cumin Ranch Dressing…it just works so well!). I added a little sweetness and some cinnamon and, voila, cinnamon squash icing!

Here’s a tip for leftover icing: stored in the fridge, it will thicken up considerably and basically turn into cinnamon cream cheese….yum!!! It was a pleasant surprise I hadn’t planned on! 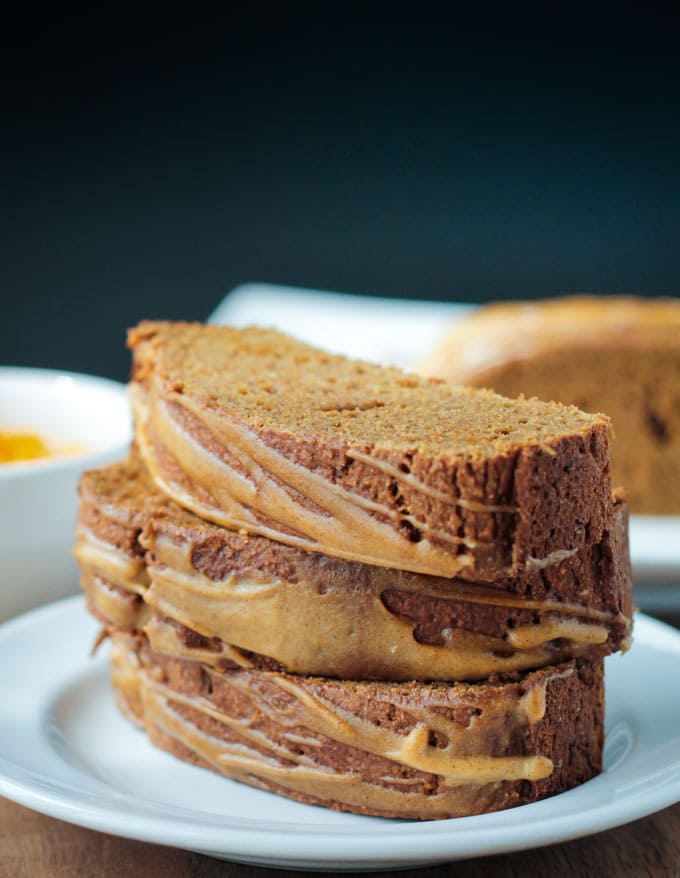 Pour yourself a cup of coffee or tea, grab a slice of this soul-warming Cinnamon Squash Bread with Cinnamon Squash Icing, curl up into your favorite cozy chair and savor this beautiful season.

I hope you love this Cinnamon Squash Bread as much as we do. If you try it, please come back and leave me a comment below with your feedback and star rating.

*To cook the butternut squash, peel it, cut it in half and remove seeds. Then cut into cubes. You can either roast the squash cubes at 400 degrees F for about 25 minutes until tender or you can bring them to a boil with water in a pot on the stove and simmer for about 20 minutes and drain.
Once the squash is cooked, using a potato masher or fork, puree the squash until smooth. **You WILL have leftovers of the icing. It's hard to get out of the blender if you make it in smaller amounts. As luck would have it, leftovers of the icing stored in the fridge will thicken up considerably and it will taste just like cinnamon cream cheese! So slather it on bagels, toast or graham crackers and enjoy! You're welcome!